The Herald of the Void

"I am chaos incarnate, the ancient ancestor of demons."

Chaugnar is one of the Heroes in the game Arena of Valor.

Tip: Chaugnar has the best damage immunity abilities in the game. Equip HP and defensive items and arcana to make him even stronger. Also, his abilities have massive impact and short cooldowns, so they are best used when near the enemy.

"I am chaos incarnate!"

Chaugnar was an ancient mammoth that was corrupted by the energy of chaos, which transformed him into his current monstrous form. The chaos had not only changed Chaugnar's appearance, but also warped his mind. In his eyes, existence was merely a constant battle between chaos and order. Life, rules, logic, emotions, and faith meant nothing to him.

Any unfortunate souls to come before this sinister being would cower when struck with a feeling more terrifying than the mere meaning of the term. If it hadn't been for a gifted human, who lured Chaugnar into a trap and sealed him in the depths of the Black Sea, this world would have been lost long ago.

Yet, the power of chaos could never be exterminated completely. All that a human could do is to fight to weaken Chaugnar, mitigating the threat he posed. However, everyone knew that Chaugnar would eventually break out from his shackles, and his fury would rain upon every corner of this world.

"I will make you watch as this world is devoured by chaos!"

Chaugnar is a very useful support when it comes to cancel ennemy's controls, and can also deal important damages in team fight due to the short cooldown on is S2. However, Chaugnar isn't as tanky as other supports like Thane or Omega, but you need to stay alive long enough for your allies to exploit the cleansing of your ultimate. To do so, Chaugnar seeks tankiness in his build, but also magic damage to maximize his in-fight impact. If there is aldready a lot of tanks in the game, Chaugnar can also build only magic damage, especially if he is played on a solo lane. 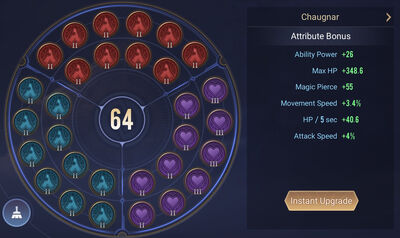 (Of course, uprgaded arcanas are better) 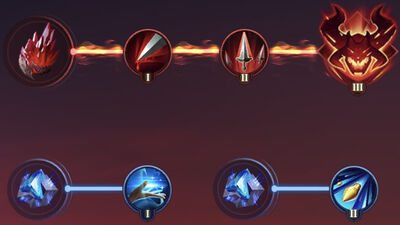 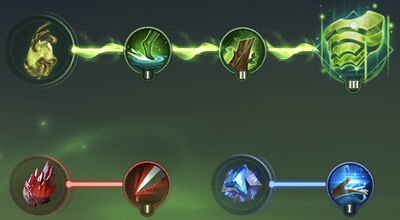 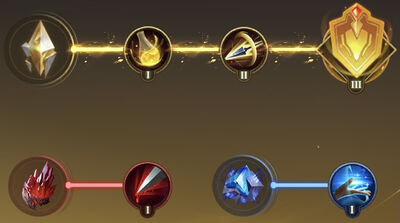 As a support, the more efficient way to play chaugnar is to poke the ennemies while tanking some controls spells with his S1 (like for example, graak's S2). Due to the nature of his ultimate, chaugnar can easily help with dive and escape ennemy dives. Roaming on the whole map as soon as you get your ultimate allows all your lanes to benefit your anti control and helps to pressure the other team without taking too much risk to give them a kill. Once in team fight, use Chaugnar's ult when the ennemy team uses a mass control spell, like gildur or graak ultimates. (Don't forget that Chaugnar ultimate works on every control spell of the game except aleister and arum ultimates) While your ultimate is still effective on you, try to tank a maximum of damage and controls, and don't hesitate to go inside the ennemy formation in order to maximize your S2's damage.

Chaugnar is a good pick against heroes with a lot of crowd controls spells like Graak, Gildur, Zip, Lumburr or Omega, but sometimes a support that tank more or a good control support with the cleanse item can be better than chaugnar if the rest of the team need a lot of protection.

Although Chaugnar is an old Hero, the Herald of the void have only two skins in addition to his classic skin. The hazmat skin can be buy with vouchers or hero tokens, and Imperium guard cannot be purchased as it is the season 3 ranked match skin. 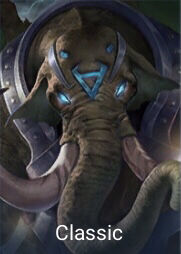 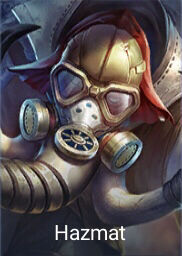 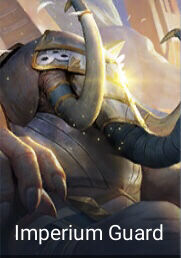